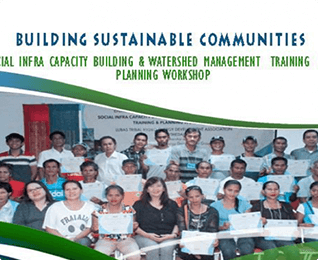 On December 4-7, 2017, Yamog implemented a major capability building activity for the benefit of the community leaders of the Lubas Tribal Hydro Electric Development Association (LUTHEDA).  The activity carried the theme “Building Sustainable Communities: Social Infra Capacity Building and Watershed Management Training and Planning Workshop”. A total of 22 participants (mostly belonging to the Manobo tribe) successfully hurdled the four-day activity which was held in Davao City. It was one of Yamog’s highlight achievements for the year, as it raised the level of preparedness of LUTHEDA in anticipation of the impending completion of their 18-kilowatt micro-hydropower system in Sitio Lubas, Magpet, North Cotabato.